I started out fall break not having any plans and without a bus card, but I managed to make enough plans for myself and it ended up being an amazing break!

On my first day of break, my friend Josie and I decided to go to Odense to hang out. Josie’s from Chicago, but her mother’s danish, so she’ll be living here for a semester to get the feeling of Danish high school. She’s just plain awesome, and I’m so glad that I’ve been getting to know her! We went on the train and went straight to a fancy restaurant where we ate Danish nachos. Most fancy restaurants have these super delicious nachos that are so good that I can’t even explain them. (But I’m going to explain them anyways) You get a huge portion of the actual chips, which are seasoned, and you usually get sour cream dip, guacamole, and salsa…even the picture can’t do it justice! After we left, we walked around the shopping streets of Odense. In Denmark, all the stores close before 4:00 on the weekends, and 6:00 on weekdays, so we only ended up going to about 15 stores. One of the stores was called Monki, a girls clothing store that has so many mirrors on the walls that you just get disoriented and confused, thinking to yourself, “is this real life?” Afterwards, we went to the train station, where we bought Elderblomst smoothies, which is a fruit that is used all the time in Scandinavia, but usually not anywhere else.

On my way back to my train home, a confused pregnant woman ran by me in the train station while carrying a decent sized tree……and on the train back, an old woman was talking to herself and practicing her British and squirrel accents. Denmark never fails to amuse me.

To give you an idea how expensive hanging out with friends is in Denmark, here’s the money I spent: 26 kr for a ticket there, (It’s usually 52kr, but I pretended to be a child to get half off) 105 kr for the nachos, and 15 kr for water (Yes, they charge for water at restaurants here) 40 kr for the smoothie, and 26 kr for the ticket back. The total is 212 kr, which amounts to 38.50 American dollars. So yes, when I hung out with friends this week, I pretty much used up all of my Rotary money for the month, and I didn’t even buy any clothes!

But on the flipside, I could get 20$ tickets to Italy, Poland, Norway, or London.

For the majority of the next two days, Sunday and Monday, I spent my time relaxing, and watching Doctor Who, because my Danish friends got me obsessed with it. Shame on them. (And thank you!)

I did, however, have big plans for Monday night: Going to a party boat in Odense! After lots of planning, I went with my friend from my class, Cecilie, and a friend from another class, Luna.

The only issue with getting there was that there was an hour and a half gap between when my bus arrived at the station and when the train would come. My phone was about to die, and it was freezing outside, so since I’m an odd person, I spent the whole time singing to myself inside the empty dark train station. It had a very nice echo. And yes, you have full rights to judge me.

Once we arrived in Odense, we just followed people who “looked like they were going to a party” and somehow ended up at the harbor where the boat was. We waited in line for about 30 minutes outside and got into the club, which was pretty crazy inside. Around a thousand people were there, spread out between the main floor and the deck on the top floor. Of course, the two main differences between a Danish party and an American party is the alcohol (though you had to be 18 to get it) and that the music is actually good! I ended up having an amazing time hanging out with and getting to know my two friends, and the party was really awesome! I can honestly say that it was the most fun I’ve ever had on a Monday night! 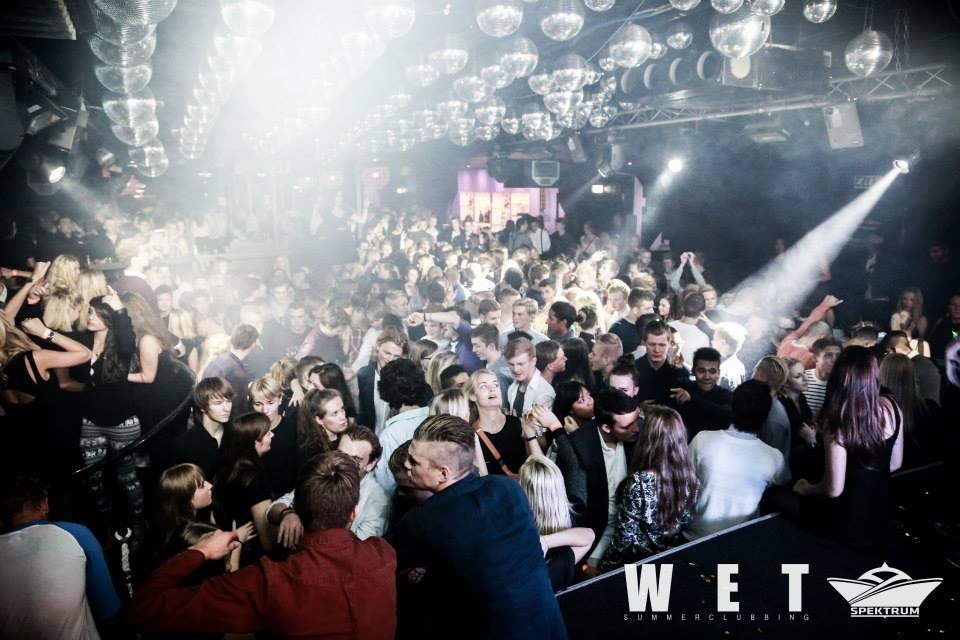 Since the party ended at 2:00, we had to get a home, and trains stop running at 10:00, so we had to get a taxi. The annoying part about taxis is that it costs a krone (20 cents) per second, so a 15 mile car ride can be extremely expensive. We had to pay 600 kr (Over 100 dollars) but we lucky could split it 3 ways, which made it slightly more affordable.

On Wednesday, I had no plans, so I just decided to bike into town and figure out what to do. Henrik had mentioned a really nice road to bike on, and I thought I’d find it and try it out for a few minutes. It turns out that I really enjoyed biking on the route….my short bike ride ended being a 44 kilometer (27.5) bike ride. That’s probably more than I’ve ever biked in America put together. Clearly the biking Danes have converted me.

Today marks the day of 3 months of me being in Denmark, and I have to say that I can’t imagine my life any better than it is right now. It’s been about a month since my last blog post, and here I am with another overly sarcastic post letting you all know that I’m still alive and well in the land of Vikings and addictive cake. The most common question I’ve gotten is, “How’s the Danish coming?” and instead of just simply answering, I’ll give you an overly long response:

To start off with, Danish is one of the hardest languages in the world (Or at least that’s what the Danes tell me, and I choose to believe them.) If you haven’t heard the Danish language before, just imagine a perfect mix of French and Chinese, and then you’ll get the picture.

In theory, the language seems like it would be really easy, but it turns out that it’s almost impossible. The hardest part is the pronunciation of written words. I think that almost every letter could be silent depending on the word. The letters that are most commonly silent are these: r, j, g, h, d, v, and t. As a person my host sister knew once said, “Danes write 10 letters and only pronounce 4. Is this language even real?” To make it harder, Danes squish multiple words into one word when they pronounce it. For instance, the sentence “Jeg tager toget” (I take the train) is pronounced “Yi-ta-to.”

As an extra challenge, letters like r are pronounced at the back of the throat, which is almost impossible to duplicate. Swedes say that the Danes sound like they talk with a potato in their mouth, which is quite true. Filling my mouth with food is the only way I can properly pronounce the name Frederikke. The Danish alphabet also has 3 extra letters: å, æ, and ø. Did I mention that the letter “e” is pronounced like “a” and the letter “a” is pronounced like “e”?

Something in the Danish language that I still don’t fully understand is how to use modal verbs. You use these modal verbs (Examples: må, skal, vil, kan) to tell what you’re going to do.

The problem is that you can’t just simply say you are going to “go to the store.” Instead, you must choose the correct modal verb by assessing the situation and asking yourself these questions:

Do you truly want to go to the store?

Are you physically able to go to the store?

Do you have permission to go to the store?

Are you forced against your will to go to the store?

Once you have taken the time to carefully select your modal verb, chances are that the store you were going to go to is already closed, because everything closes before 6:00 (Or 4:00 on weekends).

I do have to say, though, the danish language does have some cool advantages. The Danish translation for “Your speed” on signs is “Din Fart,” which makes car rides slightly more entertaining if you are as childish as I am.

They also swear frequently in English, so if you’re not concentrating on what people are actually saying, you’ll just hear, “åøæåøæåøæøåøøåæF*CKINGåøæøæøåæøåF*CKåæøæåæåøåæøF*CK.”

Also, the Danish language has the word “hyggelig,” which is a word that doesn’t translate to any English word. It kind of means “cozy,” but it’s so much more than that. It’s like walking down a rainy street with hot chocolate, or watching movies with friends under a warm blanket. You know what I mean? It’s a word to describe a cozy feeling and I think it’s so cool to have that word only in the Danish language.

But somehow there’s no word for “please” in Danish.

Though the language is quite impossible, I’ve been doing quite well with it, if I do say so myself! If I really concentrate, I can usually understand what people are saying, and some days I only talk Danish with my host family! I’m planning to only speak Danish with my next host family, and I’m willing to take the challenge. I understand how the majority of language works, and even though it’s really hard, I expect that I will be pretty fluent by the end of the year.

(Oh, and just a reminder that you can sign up for email updates by using the link in the sidebar on the right, if you haven’t already.  I also uploaded pictures on this website, so you can go to this page if you want to see some of the pictures of my life here!)

Posted in Denmark | 6 Comments
Tweets by @CameronNeader
Get Email Updates
Enter your email if you want to get a notification when I write a new update on my exchange! (If you use Gmail, you might have to look in "Promotions" tab to see the emails)
Older Posts